Corner is a former pastor and Christian author who, over four decades has preached perhaps 1000 or more sermons and has written hundreds of Christian articles and a number of books of vital importance to Christians.

PITTSBURGH, PA, February 01, 2019 /24-7PressRelease/ — Can Biblical truth be debated by man? And, if so, would the consensus reached be based on the Word of God?

Infant baptism is one such issue that has been debated endlessly since the Middle Ages. There are two broad schools of thought. In an article on AboutCatholics.com entitled “A Simple Defense of Infant Baptism”, the article states “Infant baptism is one of the traditions that was handed down, but not recorded in the Scriptures.”

Another page on Catholic.com states, “Since the New Testament era, the Catholic Church has always understood baptism differently, teaching that it is a sacrament which accomplishes several things, the first of which is the remission of sin, both original sin and actual sin—only original sin in the case of infants and young children, since they are incapable of actual sin; and both original and actual sin in the case of older persons.”

Should infants be baptized? Evangelical Outreach ex-Catholic Dan Corner had this to say:

The Catechism of the Catholic Church states:

“…Through Baptism we are freed from sin and reborn as sons of God; we become members of Christ, are incorporated into the Church and made sharers in her mission: ‘Baptism is the sacrament of regeneration through water in the word.’ ” (CCC 1213).

“The practice of infant Baptism is an immemorial tradition of the Church. There is explicit testimony to this practice from the second century on, and it is quite possible that, from the beginning of the apostolic preaching, when whole “households” received baptism, infants may also have been baptized.” (CCC 1252)

“By Baptism all sins are forgiven, the original sin and all personal sins, as well as all punishment for sin.” (CCC 1263)

The Catholic Church has made water baptism a salvation issue, thereby elevating it to the pinnacle of importance, even including infants as participants. Throughout the New Testament, Christians have baptized by immersion only those who have a submissive faith in the Lord Jesus Christ and who have put to death their sinful nature. These Christian (New Testament) prerequisites for baptism are in opposition to Roman Catholicism and its traditions of men.

There is not a single example of an infant being baptized anywhere in scripture. The Catholic Church has departed from God’s word for its teaching, thereby violating scripture with that too (2 Tim. 3:16,17). Such a departure from Holy Writ immediately disqualifies all infants from baptism, thereby indicting the Catholic magisterium as teaching salvation error, but there are other doctrinal problems as well.

The Roman Catholic Church believes “household” baptism, as found in scripture, ‘quite possibly’ included infants. Such Catholic conjecture does not meet the burden of proof and does not constitute evidence of infant baptism. On the contrary, scriptural evidence shows that “household” includes people old enough to be believer’s in Jesus Christ, excluding all infants:

Then the father realized that this was the exact time at which Jesus had said to him, “Your son will live.” So he and all his household believed (John 4:53).

Crispus, the synagogue ruler, and his entire household believed in the Lord; and many of the Corinthians who heard him believed and were baptized (Acts 18:8).

These examples are consistent with the Lord’s standard criteria: first become a disciple and then be baptized (Mt. 28:18-20). Therefore, it is impossible for any infant to qualify for Christian baptism.

Again, to teach one is ‘reborn’ or ‘regenerated’ at baptism is salvation falsehood of the gravest kind. A prime biblical example disproving baptismal regeneration is Cornelius and his “household” (Acts 11:14). When they heard Peter speak out, “All the prophets testify about him [the Lord Jesus Christ] that everyone who believes in him receives forgiveness of sins through his name” (Acts 10:43), they believed, were forgiven and filled with the Holy Spirit instantly. Since God would never fill a child of the devil with his Holy Spirit, then we know they were forgiven and saved, which occurred before and without their water baptism (Acts 10:43-48).

Paul spiritually begat all at Corinth through his gospel preaching (1 Cor. 4:15), but he did not baptize all at Corinth (1 Cor. 1:14-16). That would have been impossible if baptism were a requirement for salvation. 1 Cor. 1:17 shows Paul was “sent” to preach the gospel, but not to baptize. By that he told his listeners that forgiveness of sins comes through faith in the Lord Jesus Christ (Acts 26:17,18; 16:31; etc.). These bible truths do not, however, negate the believer’s baptism. Christian baptism is to be done very soon after salvation for the pledge of a clear conscience toward God (1 Pet. 3:21).

Because of the RCC “paedobaptism” (infant or pediatric baptism) error, Catholicism has its dearest people thinking they were ‘born again’, without faith in Jesus, at infant baptism. This Catholic practice is completely foreign to God’s written word, yet all who believe scripture are anathemized by the Catholic Council of Trent (Session Seven).

Never forget that, in order to be completely 100% safe from all religious deception, you must rely solely on God’s written word as it is the only true source of all Christian teaching, rebuking, correcting and training in righteousness. The man of God is thoroughly furnished or fully equipped with scripture alone (2 Tim. 3:16,17). To depart to any other source, which contradicts God’s word, will surely lead to error. Such departure from Holy Writ, on the part of Catholic tradition, has resulted in serious, deadly error as it clashes with the Word of God and, therefore, it cannot be God’s life-giving truth.

True biblical salvation occurs at the point of a trusting and submitting faith in the Lord Jesus Christ, which includes turning away from all idols (1 Thess. 1:9b; Acts 20:21; 26:20; etc.). Our personal need for the Lord Jesus is universal and could not be more urgent and dire: “Or do you not know that the unrighteous will not inherit the kingdom of God? Do not be deceived; neither fornicators, nor idolaters, nor adulterers, nor effeminate, nor homosexuals, nor thieves, nor the covetous, nor drunkards, nor revilers, nor swindlers, will inherit the kingdom of God. Such were some of you; but you were washed, but you were sanctified, but you were justified in the name of the Lord Jesus Christ and in the Spirit of our God” ( 1Cor. 6:9-11, NASB).

Dan Corner, a former pastor, is the author of a number of books including ‘The Believer’s Conditional Security: Eternal Security Refuted’, ‘The Myth of Eternal Security’ and ‘Is this the Mary of the Bible?’. He also provides a massive amount of information on his websites.

Ex Catholic Dan Corner is available for media interviews, including debates, and can be reached using the information below or by email at [email protected], by phone at 724-632-3210 or by mail at PO Box 265, Washington, PA, 15301. His websites are https://www.evangelicaloutreach.org (EOMIN.org) and AlcanceEvangelistico.org (DBN-MIN.net) and EternalLifeBlog.com.

After graduating from college, Dan Corner got saved by reading the Bible. For over four decades, he has diligently served the Lord Jesus. Dan Corner’s pastoral, apologetic, counter cult and street evangelism experiences have equipped him to contend for the faith and win souls to Jesus from many backgrounds.

He is an ordained minister and director of Evangelical Outreach who pastored for almost seven years and has authored hundreds of Christian articles, answered thousands of emails and letters and has written several books of vital importance in our day. 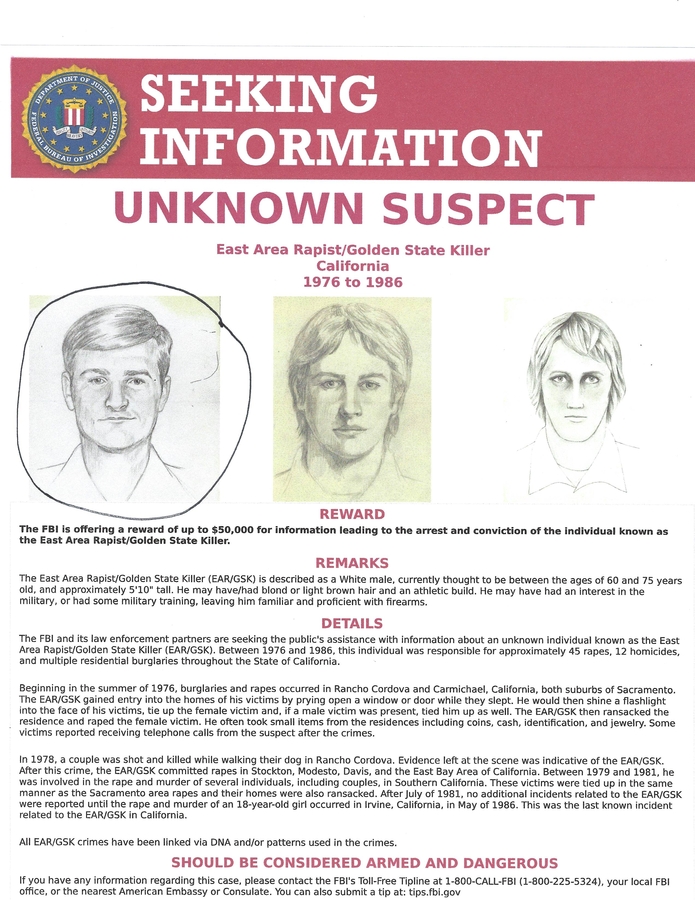 Golden State Killer Has Been Identified 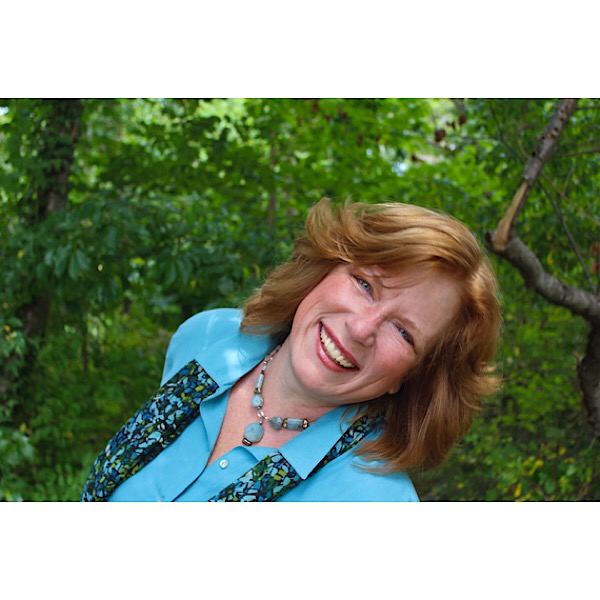 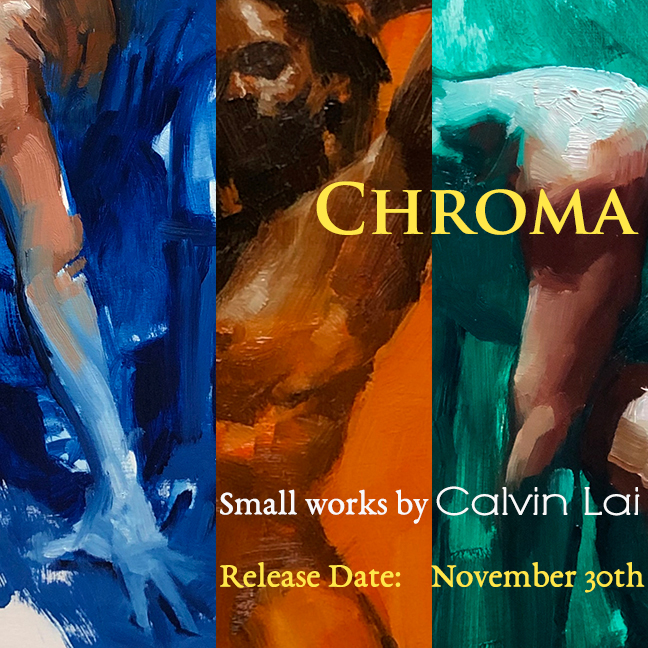 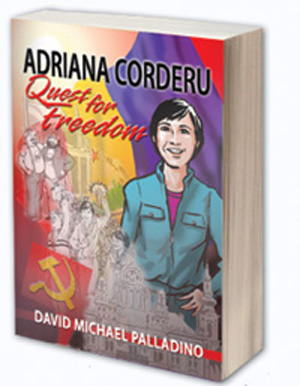 Immigration, Terrorism, The Economy, Healthcare And Taxes – Author David Michael Palladino Offers A Vision Of America As It Was And As It Can Be Again