Rachel O’Neill is the founder of Little Dresses for Africa, a non-profit organization that provides respite to vulnerable children throughout Africa and other countries in need. Dresses are made by volunteers out of pillowcases and delivered to the young girls. Rachel trusts that each dress given is making a difference in the world.

O’Neill shared, “I’m honored to receive such a beautiful award on behalf of all the people that earned it. Thank you so much. We started as a simple gesture to give something to the girls that would be just for them—to give them honor and to plant in the hearts of little girls that they are worthy. We also took care of the boys but made an effort to make the girls know that they are just as valuable. The idea of the pillow case dresses just took off because it’s so simple and even a novice seamstress can be successful at it since a pillowcase already has the sides and the hem in it. The idea caught on and it just spread like wildfire all around the United States, and now even the world. In fact, we have sewing groups and collection centers in 8 other countries as well as the USA. We have sent over 8 million to 87 countries and it’s been amazing to see the growth.”

The Profits Run starfish Award was derived from the old story of a man saving stranded starfish on the beach. The Profits Run Starfish Award plaque features the story of the starfish reading: An old man walked up a shore littered with thousands of starfish, beached and dying after a storm. A young man was picking them up and flinging them back into the ocean. “Why do you bother?” the old man scoffed. “You’re not saving enough to make a difference.” The young man picked up another starfish and sent it spinning back to the water. “I made a difference to that one,” he said.

Accompanying the award was a personal note from Poulos to O’Neill, recognizing her work and thanking her for all that she has done, “Dear Rachel, Congratulations! You have been awarded the Profits Run Starfish Award in recognition of your selfless dedication and devotion to helping those in need. Through Little Dresses for Africa—with each dress given, home visited, and education lesson provided—you have made an incredible difference. You have made lasting impacts on the lives of many young girls and families throughout Africa. We at Profits Run applaud your continued service to positively influence the lives of others. Please accept this donation check to aid your continued efforts. From the bottom of our hearts, thank you for all that you do. Sincerely, Bill Poulos”

The work that O’Neill started has led to more than just dresses for little girls. O’Neill explained, “These little dresses go in as ambassadors to meet the people in remote villages. We give them away. Through the relationships that were formed, we saw needs that we could meet. Knowing we can’t do everything we decided to concentrate on projects having to do with clean water, education and community. Clean water saves lives immediately, education changes the future, especially for girls and community sustains these things. We like to say, “we’re not just sending dresses, we’re sending hope.” The coolest part is I don’t even sew! I am an organizer and I love Africa. I love the sounds, the people, the colors, the textures so this was and is a perfect fit for me. We can’t do it all, but we can make some little girls happy, one little dress at a time.”

Since 2008, Little Dresses for Africa has sent millions of dresses and pants for boys to 87 countries around the globe. The volunteers also teach the communities about education, clean water, and community. Often girls are left to raise younger children when their parents die. The dresses give them a sense of hope and purpose that they are worthy of more.

Rachel O’Neill is the youngest of six girls born to a close-knit family. Her father was a pastor while her mother was a school teacher. She attended the University of Michigan where she earned a bachelor’s degree in sociology. She went on to earn an MBA from Central Michigan University. She has a full-time job at AVL engineering while also running Little Dresses for Africa. She lives in Michigan with her husband, Michael. Together they have two children and four grandchildren.

Bill Poulos co-founded Profits Run, Inc. and the Profits Run Starfish Award with his son, Gregory. Poulos believes strongly in giving back to his community. He earned his bachelor’s degree in engineering from GMI. He later earned his Master of Business Administration, with a degree in finance, from the University of Michigan. Before the founding Profits Run, he was an automotive executive at General Motors for over 30 years.

To make a donation to Little Dresses for Africa, people can visit their website: http://www.littledressesforafrica.org/blog/make-a-donation/

About Profits Run, Inc.
Profits Run, Inc. was founded by Bill Poulos and his son, Gregory Poulos, in 2001. The company’s name comes from the popular saying, “Cut your losses and let your profits run.” Profits Run’s goal is to educate individuals on simpler investment strategies that utilize proper risk management. Poulos is on a mission to ensure others do not make the same errors he made with his early trades. Profits Run has assisted more than 100,000 people in over 150 countries in becoming better traders. 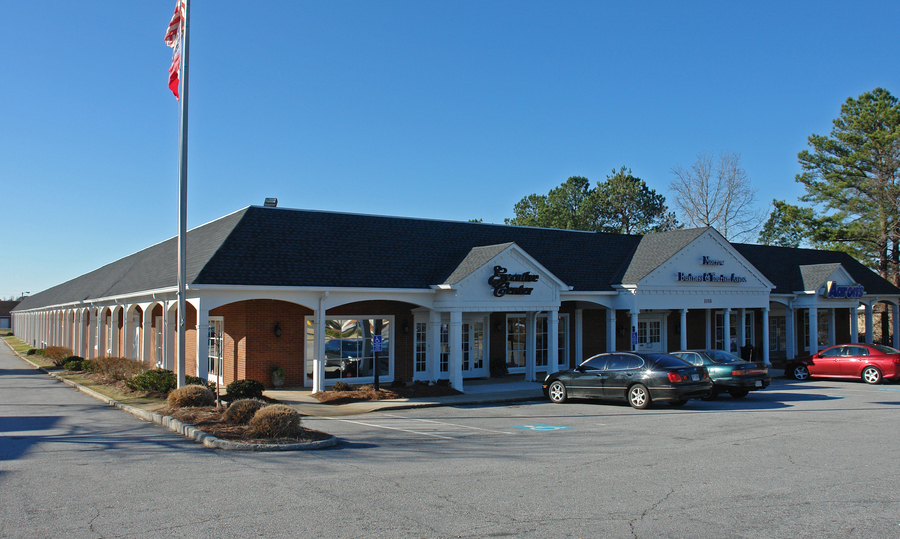 Ackerman & Co. Represents the City of Morrow’s Urban Redevelopment Agency in the Sale of a 46,185 SF Business Center