Rogue Space Systems Corporation, a developer of a fleet of satellite servicing spacecraft, and NanoAvionics US, a leading smallsat bus manufacturer and mission integrator, announced that a Cooperation Agreement has been signed between them.

LACONIA, NH, March 25, 2021 /24-7PressRelease/ — Rogue Space Systems Corporation and NanoAvionics US have signed a cooperation agreement where Rogue has selected NanoAvionics US to be their provider for hardware, systems engineering and integration services for Rogue’s Laura, Charlie and Fred Orbot™ programs. These programs will include both demonstration missions currently planned for 2022 and the follow-on deployment of the servicing fleet consisting of over 40 Orbots™ through 2025.

“Rogue’s goal is to deliver a fleet of robotic spacecraft that are capable of providing satellite servicing and transport capabilities to the commercial, government, and defense markets,” adds Rogue Space CEO Jeromy Grimmett. “NanoAvionics has been instrumental in the design and engineering of our current programs. NanoAvionics truly understands Rogue’s fundamentals in design, engineering, and conceptual philosophies. Each of these philosophies is foundational to our overall strategy to bring cost-competitive and sustainable orbital services to the space industry. We are very excited to be taking our relationship to the next level today and well into the future.”

“Here at NanoAvionics we believe in great socio-economical and technological impacts the rapidly developing NewSpace sector has been bringing in, and it’s been an honor for the whole team to supply scalable avionics for this market,” adds NanoAvionics CEO Brent Abbott. “We are excited to be selected as Rogue’s space segment provider – the leadership and vision of Rogue is truly inspiring, and this is one of the great benefits of being in the space industry.”

Rogue has recently also entered into a Cooperative Research and Development Agreement (“CRADA”) with the Air Force Research Laboratory (AFRL) Space Vehicles Directorate, Geospace Technologies Division. The CRADA, which was finalized in December 2020, focuses on research areas of combined sensing and propulsion capabilities, as well as enabling the examination of Commercial-Off-the-Shelf (COTS) components to determine their feasibility for future space applications on a proliferated architecture.

About Rogue Space Systems Corporation
Rogue Space Systems Corporation is a Laconia, New Hampshire-based company that designs satellite vehicles and subsystems to provide on-orbit services to satellite operators. Founded in 2020, the Rogue team is building a fleet of Orbital Robots (Orbots™) that will perform a variety of services for orbital assets in LEO, MEO, and GEO including inspection, maintenance, repair, transport, and more. The fleet is supported by a first-of-its-kind AI-enabled sensory observation platform. For more information, visit: www.rogue.space.

About NanoAvionics
NanoAvionics is a smallsat bus manufacturer and mission integrator currently based in five locations across the US, UK, and Lithuania. The company’s efforts are focused on enabling critical satellite functions and optimising their hardware, launch, and satellite operation costs – ranging from single missions to constellations. Its core engineering team has implemented over 85 successful satellite missions and commercial projects during the past several years. The company uses modularity as the fundamental principle of its systems’ architecture – hardware, software of NanoAvionics satellite buses, as well as mission operations infrastructure are based on “building blocks” for the flexible, time/cost-efficient, and rapid integration, resulting in wide applicability, reliability, repeatability, and manufacturability. With this technology at the center, NanoAvionics provides economic viability to a wide range small satellite constellation-based missions, businesses, and organizations worldwide. 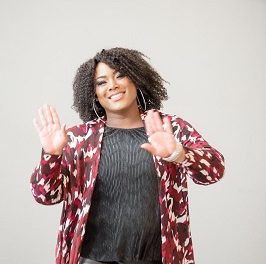 Who Is Meagan Copelin and Why the Big Noise About Her?

The US Navy Veterans Mesothelioma Advocate Urges the Family of a Navy Veteran with Mesothelioma to Call Attorney Erik Karst of Karst von Oiste-Compensation for a Man Like This Might Exceed $1,000,000