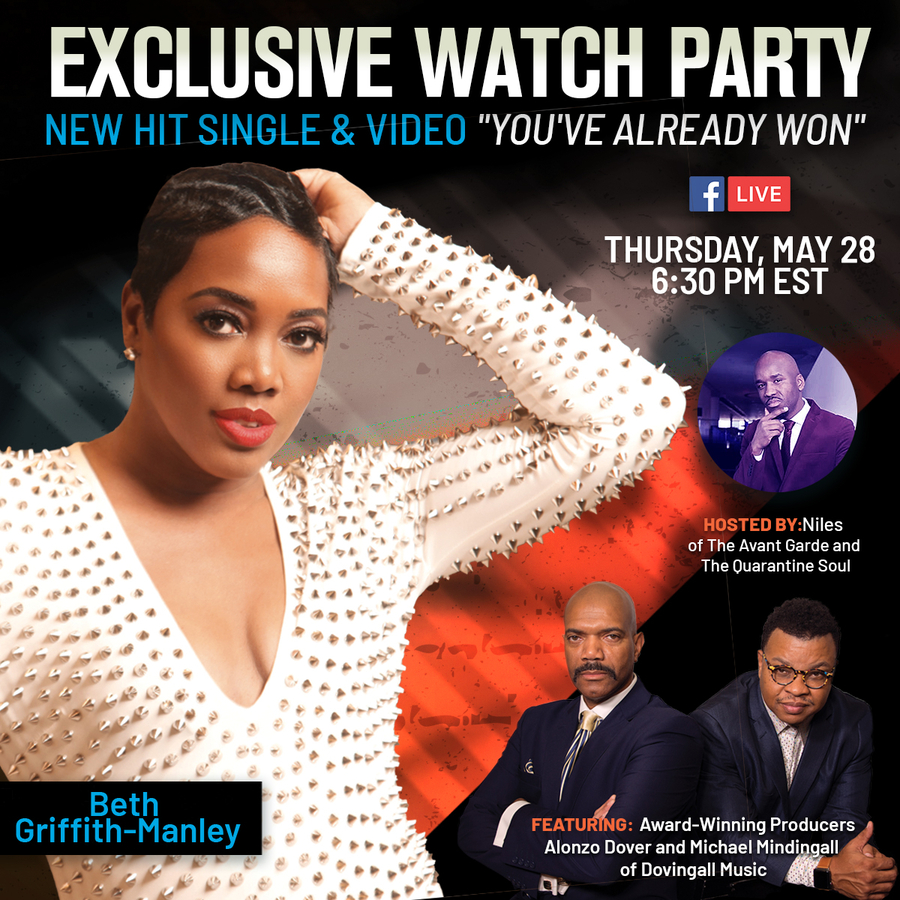 The Detroit Native Production Duo Of Alonzo Dover And Michael Mindingall Look To Send An Encouraging Message Of Strength And Unity In A Time Of Discord And Global Epidemic, A Portion Of The Single’s Proceeds To Benefit Feeding America

DETROIT, MI, May 28, 2020 /24-7PressRelease/ — Production house Dovingall Music is pleased to announce the release of their upcoming single featuring soul singer songwriter Beth Griffith-Manley called “You’ve Already Won,” written to offer hope and optimism to a broken country. Because the United States is seeing unprecedented levels of hunger caused by the pandemic, a portion of the proceeds will benefit Feeding America.

The live pre-release and music video watch party is scheduled for Thursday, May 28, 2020 at 6:30 p.m EST on Dovingall Music and Beth Griffith-Manley’s Facebook pages. https://www.facebook.com/DovingallMusic/ and https://www.facebook.com/bethgriffithent/. The single will be officially released Friday, May 29, 2020 on Dovingall’s YouTube channel. The song will be available for streaming on Spotify and Apple Music, and available on iTunes and Amazon Music for $1.29.

Beth Griffith-Manley is widely remembered from her time on NBC’s The Voice on Team Kelly Clarkson and John Legend and also is the daughter of Johnny Griffith, the multi-GRAMMY Award–winning pianist and original member of the Funk Brothers, the studio band that created the famous Motown Sound. Beth has toured extensively and worked with some of the industry’s greats including Anita Baker, Yolanda Adams and KEM.

“You Already Won” will also be featured on Griffith-Manley’s second album, released this summer. “It has been a pleasure working with Dovingall Music and I am honored to be able to share this song with the world,” she says. “It is strong, powerful, and something everyone needs to hear to help empower them, especially during the times we are currently experiencing in our country.”

Co-founders of Dovingall Music Alonzo Dover and Michael Mindingall have worked with industry legends such as Aretha Franklin and Diana Ross and networks such as ABC and BET. The duo produced and co-wrote the “You’ve Already Won” with Griffith-Manley. Dovingall Music’s Alonzo Dover says, “This song is a passion project for all of us. We wrote with the hopes to inspire those who may be experiencing challenges in their life and knowing that by reaching within and believing in yourself, you will win.”

To join the VIP list for the Exclusive Watch Party (press only) send email to Pamela Dover at [email protected]. For fans who would like to participate, tune into Dovingall Music or Beth Griffith-Manley’s Facebook pages, https://www.facebook.com/DovingallMusic/ and https://www.facebook.com/bethgriffithent/ on Thursday, May 28, 2020 at 6:30 pm EST, 5:30 pm CST and 3:30 pm PST.

ABOUT DOVINGALL MUSIC
Dovingall Music was founded by Alonzo Dover and GRAMMY Award-winning Michael Mindingall, who have produced and arranged for the titans of music, television and film, including Aretha Franklin, Jennifer Holliday, Diana Ross, BET, and ABC’s Blackish. Over a two-decade friendship and professional collaboration, they have combined their talents to create killer music tracks, premier artist production, riveting movie scores, and unforgettable commercial jingles. 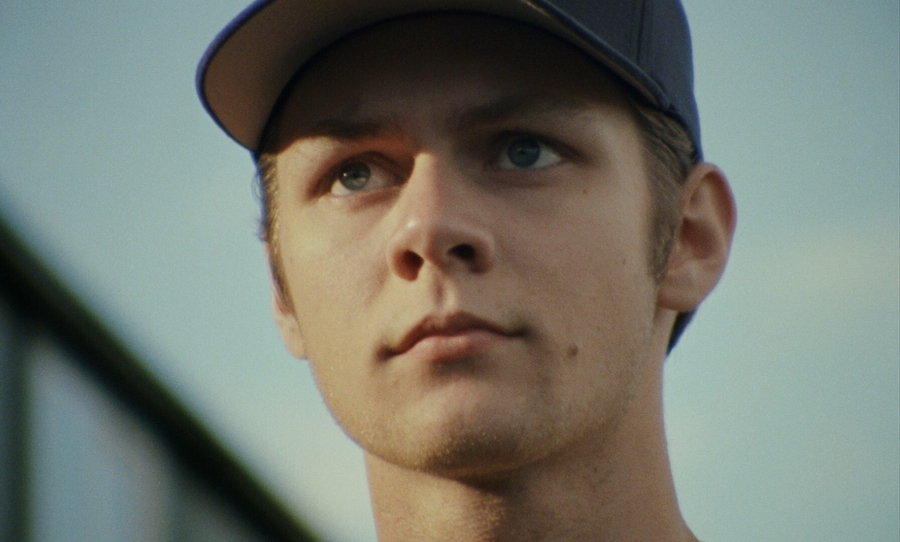 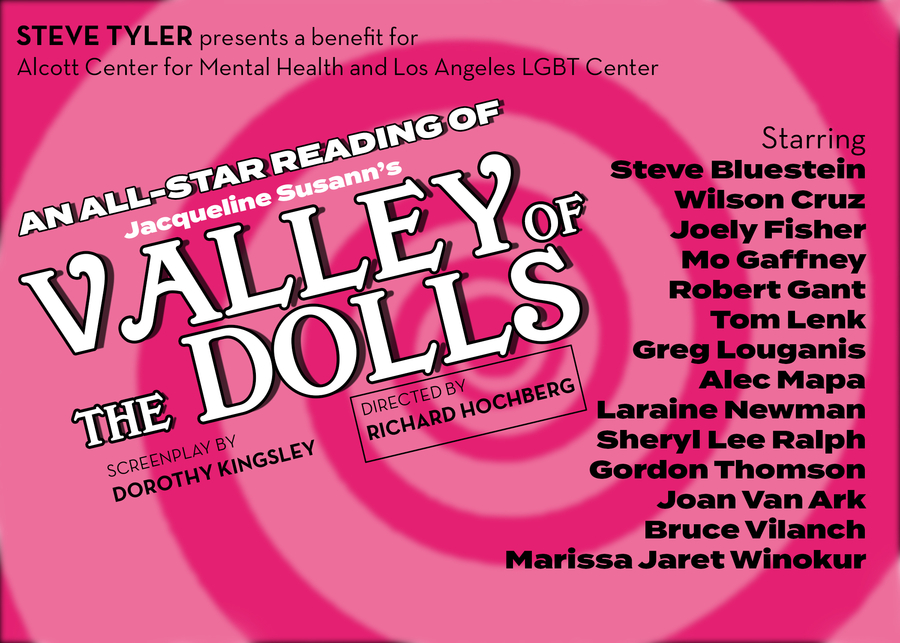 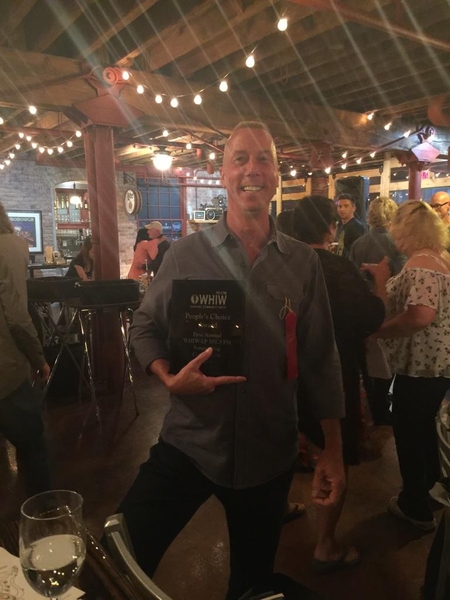