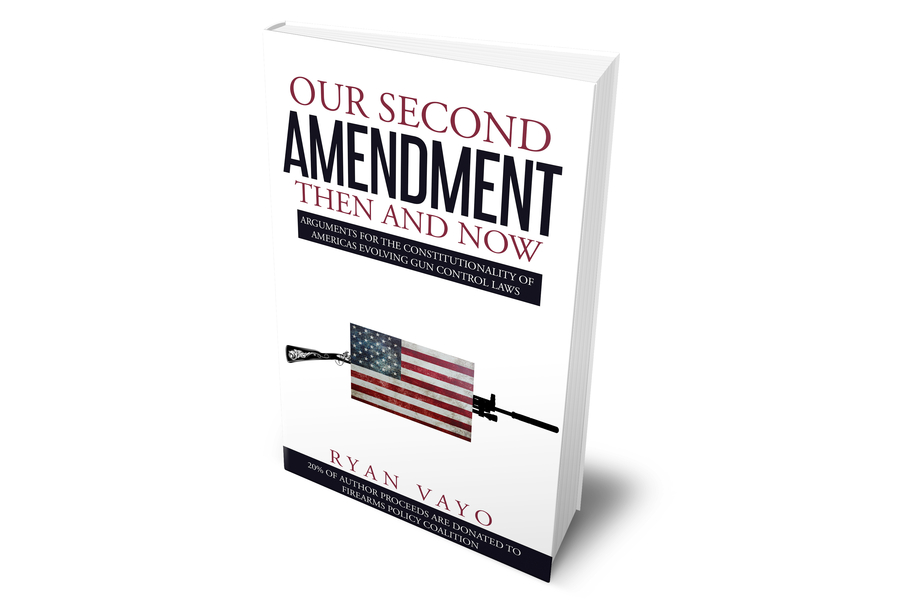 ‘Our Second Amendment Then and Now: Arguments for the Constitutionality of Americas Evolving Gun Control Laws’ was recently Amazon’s #1 new release in political humor. Predominantly blank, it is an easy read and a great Holiday gift.

BOSTON, MA, December 16, 2021 /24-7PressRelease/ — The United States has had a long history with firearms beginning with the ratification of the Bill of Rights as amendments to The Constitution in 1791 which forever enshrined “the right to keep and bear arms.” – Or did it? For over 100 years following the ratification of the Bill of Rights, the Second Amendment would go relatively untouched. In 1934, however, the first major federal gun control legislation would be passed in the National Firearms Act (which is still in law today). Later we saw the Gun Control Act of 1968 and today estimates on the number of gun control laws on the books in the US (depending on parameters of defining such laws and the inclusion or non-inclusion of state and local laws) range from the hundreds on the low end all the way into the tens of thousands. How did we get so far from those thoughtfully written words “shall not be infringed?” Times have changed, technology has evolved, but are the restrictions we have placed and continue to place on firearm ownership in America constitutional? Those of us who have read the constitution think not, and this book is the perfect tribute to that belief. A coffee table conversation starter or a holiday gift, this book has EVERYTHING you need to know about the constitutionality of our gun control laws here in the United States of America. And, 20% of author proceeds are donated to Firearms Policy Coalition.

Ryan is a Massachusetts General Contractor by trade with a passion for politics, the second amendment and writing. The book, self published, is his ode to a strong belief that the second amendment is absolute, but more importantly he hopes it will be a conversation starter and promote healthy discourse. He also hopes to raise a substantial amount of donation money for his favorite gun rights advocacy group (with which he has no affiliation).